Welcome to Dueling Devblogs, the blog where two good friends and game devs each make games as a way of discussing their outlooks on design philosophies.

Gabe Priske and I (William Holly) have been making games for over a decade, much of that has been spent either working with each other or seeking each other's advice.  Through discussion and practice, we've each grown pretty big ideas about what we want to do with the medium of video games.

The two of us first met online about 10 years ago through a mutual friend who was constantly trying to get developers he knew to make games for him (bless his soul).  Hearing that I'm a freelance programmer, Gabe messaged me on the side with an idea for a game and asked if I would make it with him.  Not having much else on my plate, I said "sure."


What followed was months of development on a mess of a game called Incursio, which we submitted to a contest for a website called IndiePub.  Both the contest and the game are gone now, with the only remnant of evidence of this game existing being this cached thumbnail on Google Image Search: 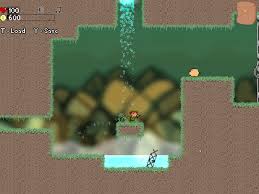 In the years that followed Gabe and I set to doing different stuff until Gabe came to me with another game idea and once again, I wasn't doing anything with my time and figured I could use the potential of a commercial project to pull myself out of a rut.  Enter: See No Evil, a critically acclaimed puzzle-stealth game. 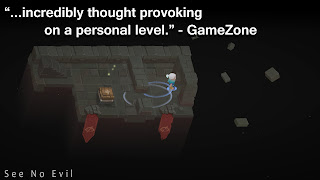 After 6 months of development and a successful Kickstarter campaign See No Evil was released and was met with enough praise to launch Gabe into his next game and myself into a two year stint as the lead of a business applications development team.

Now Gabe and I are ready to make some of our own projects.  And, we're going to use this blog to document our progress and thoughts.

Throughout this blog there will be updates on our individual projects, posts about game design philosophy, arguments between us about works and what doesn't work with Gabe inevitably being wrong and me being right 100% of the time, calls for suggestions from the readers, and at some point likely free demos or mini-projects for people to play.


Who are these people and why am I reading them? 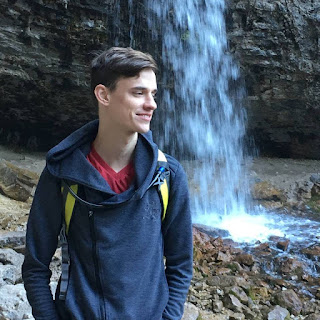 Gabriel Priske is a game art generalist and designer.

Throughout high school, Gabe worked on numerous indie projects as a freelance artist. At 18 years old he was hired at Trendy Entertainment on the Dungeon Defenders 2 3D art team. At 19 Gabe left Trendy, co-designed, did the art for, and published See No Evil. Since then he has been designing small games and working as a freelance artist. Now 22, it's time for Gabe to set out on the ultimate game dev journey: building an awesome game completely solo. 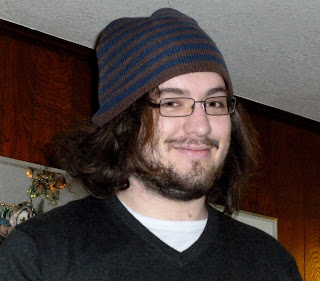 William Holly is a software engineer and self proclaimed weirdo from California.  Originally a graphic artist specializing in pixel art and texture touch-ups (and, for some reason, really strange ballpoint pen art), William up and decided at the tender age of 18 to completely refocus on becoming a programmer because "that's where the money is" (it should be noted that as of writing this, Gabe as an artist has much more money- oops).  Out of necessity and lots of time spent working on projects alone, William has also developed major skills in game design, testing, and level design aspects.

Aside from having dozens of prototypes laying around, William has worked as a business applications developer at a behavioral therapy agency, worked as an adviser for multiple projects, has tutored children and coworkers alike in good programming practices, and co-developed See No Evil and IconOven with Gabe Priske.

With introductions out of the way, Gabe and I hope that you'll join us on some wacky videogame hi-jinx as we describe our process and have neat discussions along the way.