Making a Full Game By Yourself With a Full Time Job

This marks the sixth week I've been working on my game, currently under the working title "Bone Boy in Blob World."  At this point in any full-time development schedule, I would have most of the main game mechanics fleshed out and maybe even some fairly developed early game levels.

However, this isn't a full-time development schedule.  Unlike with many of my previous projects, I've been developing Bone Boy in-between a full-time day job.  Not just any full-time job- a full-time job that I also spend at least two and a half hours on commuting every work day.  This, combined with extreme ADD, means I have to be really conscious of how I'm budgeting my time in order to be an efficient developer.

So, have I been succeeding so far?


Well, not as much as I'd like.  Compared to a lot of my other projects this one has been moving at a snail's pace.  I've had to struggle with a lot of difficulties that come from this in different ways.

The most obvious aspect of development to take a hit from a highly restrictive schedule is progression.  For reference, I have spent the past two weeks trying really hard to hammer out the AI of a basic enemy.  So, what do I have to show for all of my hard work?

The only enemy behavior that's finished enough to show off is basic standing guard and becoming alerted.  There's plenty of code developed for the rest of the behaviors, but nothing that can be tested or shown.  This is the culmination of many sleepless nights and half of my week being solely spent on driving to work, working my ass off, driving home, passing out, and waking up just in time to get ready for work again.

A big part of the loss in progress influences the next issue...

Despite being the basis of the American dream, killing yourself at work to make a living while simultaneously trying to make a name for yourself is more of a nightmare than anything else.  It's hard to keep spirits high when you're making less progress than you're used to and spend days without making any progress every week.  What's even worse are the days that you have off but are too brain-dead from work to make any decent progress.

And then you decide to stop making background code long enough to make something testable and you have this to show for it:

You start to break down.  At least, I know I do.  I've made over 4,000 tiny game projects since I started programming in the fourth grade, and I've lost the majority of them to broken computers and haven't batted an eye.  Yet now I have spent weeks on something that feels like it may have otherwise taken a couple evenings, and with the rest of my time being dedicated to one of the most mind-numbing jobs on the planet that pays barely enough for me to survive, it's hard to keep myself sane.

However, I've been doing something about that: since the first day I have off of work is usually where I am too brain-dead from thinking about nothing but work and driving for 4 days straight, my roommate helps me stay sane by driving me around California.  Last week we went to the movies in Dublin, this week we're going to the Monterey Bay Aquarium (I'm actually writing this from a laptop connected to a hotspot). 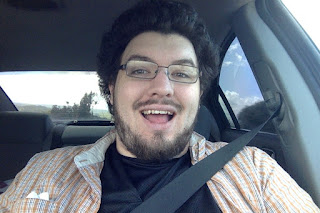 Without trips like these, I'd surely be drowning in my own misery.  Being occasionally reminded of what you love to do outside of work and your obligations makes for a healthier mind, and healthier minds make for better development. 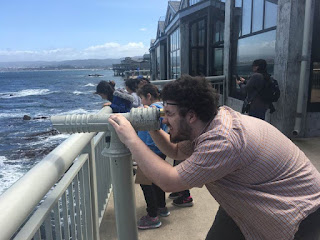 With shaky morale and slow progression, commitment is the third major element of development that takes a huge hit. When things are particularly miserable and slow it's easy to wish you could abandon your idea for something easier, simpler.  It's an appealing idea, for sure, but it comes at the cost of loss of time already spent and can easily become a slippery slope into constantly starting new projects but abandoning them during the inevitable slog.

For myself, experience with the regret of leaving projects behind is what keeps me from abandoning this one.  As I've mentioned before, I've made thousands of games and lost tons of them.  The ones that actually did bother me, however, are the ones that had potential but I moved quickly along to either avoid challenges the project presented that I may have deemed unworthy of the time they would demand, or because I felt that I had a newer, better idea that I wanted to try out.

So, with that wisdom that can really only be felt with experience, I'm holding fast to my commitment to this project.

Even then, when times get rough, and I look at the scant progress I've been able to make...

...I have moments where I wish I could just make a simple arcade shooter instead.

Gabe's Comment: I think all of our indie dev readers can relate to the struggle to find time and the frustration of that time being cut short. William works more than full time on a grave yard shift, at a physically and mentally demanding job. I sit on my ass all day making art and still complain about clients and finding time to work on my project. What he's seeing as a slog through development, I see as an inspiration. It's motivation for the times when I have the creative energy to work, but feel like scrolling Reddit instead.

We, as an indie community, desperately need to feed off of each others' passion and empathize with each others struggle. Making an indie game requires inhuman amounts of effort. Its stories like yours that keep us all chuggin'.

How do you stay motivated? Any game dev want to share their work hour horror stories? Let us know in the comments below!