Indies have less time, less money, and fewer people than AAA studios. So scoping your game to be within your abilities is imperative to success.

Which of the above images is more pleasing to look at? I used the same objects for both, in the same room, so they are equal, right? Obviously not, the images only have a few resources but A clearly takes better advantage of them. First of all, A combines the resources, allowing them to compliment each other. Secondly, it focuses the viewers eye in on the resources, keeping your gaze from wandering into less interesting portions of the scene. For B, you may or may not know what's missing, but what any person can do, is identify where information is lacking. Making games is similar.


In 2009, Minecraft launched the indie game scene into a trend of open-world building games. I'm not saying they're all bad, but the vast majority use the selling point that their game is the biggest yet! The most freedom! Unfortunately, being made by small teams, many of these games lack substantial gameplay content and polish within the massive worlds. As we learned from No Man's Sky, the bigger a world is, the more obvious its emptiness.

So how do we plan games we can really finish? How do we focus the player in on the content we have? I don't mean get it out the door, I mean polish and make truly complete. How can we use our resources to compose satisfying, coherent experiences?

My opinion is that massive scale games are best made by massive scale companies. We have GTA online, Horizon Zero Dawn and WoW being produced by huge teams and we find bugs in them daily. Isn't this a pretty obvious sign that we, as indies, should play it a bit safer? Of course there are exceptions and these exceptions can even drive major studios to new territory. However, games take years to make, and I prefer to work with the odds in my favor.

Unfortunately, there isn't a universal team size to game size ratio. Knowing how to properly scope your game requires the context of your experience. I have experience producing all of the art for shipped titles, so my ability to estimate art deadlines is relatively refined. Having never programmed a full game, it's very difficult for me to properly plan programming deadlines.

When thinking about bosses, I had one idea for a giant creature who would try and stab you with huge spears. The player would need to dodge the spears, but then platform up them to get to the enemy. Another idea I had was for a boss battle where the floor and ceiling were kill zones. The boss would shoot rockets at you, forcing the player to platform on the boss's missiles to get to them and deal damage. 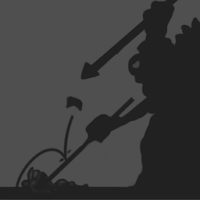 Both of these boss battles use the same basic concepts: use the enemies' weapons against them. However, I already have platforming on rockets working in my game and I know it's fun. I also already have kill zones and moving cannons. So, the second idea would mostly be built using scripts I've already made. 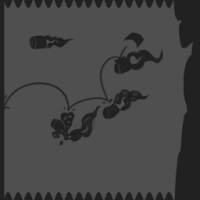 The first idea, on the other hand, would require completely custom scripts and I cant even be sure if it's fun until it's all built. As a novice programmer, it's just not worth it. We as indies have to make the absolute best use of our time and prepare for roadblocks. Expect bugs, expect artist block, expect ideas you thought would be amazing to suck.

Plan as if everything will go wrong, then double that time. You may be left with a game much smaller than you would like to make, but the extra time always fills up fast. Basically, a small polished game is usually better than a giant empty one.

William's Comment: For the most part I agree!  Knowing what you're capable of and trying not to stretch your development too thin is a really important thing to keep in mind whether you're a beginner, a pro, an indie, or managing a 100 person team.

While I agree that the constant search for the bigger-and-better scope leads some developers to overlook more important  aspects of their games, I don't think it's always a fool's errand.  One example of a game being "bigger" and "more expansive" without having a great big open world is the rogue-like genre, which has near infinite possibilities which don't feel empty or redundant.  Games like The Binding of Isaac or Crawl feel good because they're designed with "infinite" generation in mind.  Even Minecraft does the totally open world thing pretty well without feeling empty because it has designed openness.
I think the problem with these totally un-scoped games could have been cured without sacrificing much of the original goals by a similarly sized team if they shifted some of their focus onto what you actually do with a large-scale world rather than putting all of their time into incentivizing boring busywork like resource mining or fueling your transport system (not that I'm pointing any fingers, No Man's Sky- wait why did I say No Man's Sky?  That's weird because I'm not pointing any fingers, No Man's Sky).

Anyway.  I agree with what you're saying, but also think that somebody who is just being hacky enough with what they have can make something ridiculously ambitious feel good if they just really know what they're doing, like some kind of videogame version of Roger Corman.