Last week I found myself working hardcore on two different things: enemy AI and a home-built developer console I could use to manipulate the game during runtime (something that there's not much native support for in Game Maker, unfortunately).

So I had to ask myself: which do I write about?  Still unfinished AI or an unfinished developer console?

The answer was neither because my car broke down and I spent the whole week fixing that and visiting family who came in from out of state; but I digress.  My point is: I need to take a serious look at what I've been doing development-wise to be missing crucial but simple milestones.

1. Fighting a War on Two Fronts

Now, back a few years ago, I could take on three or more of the major tasks in programming a game at once and have results in no time.  Hell, just last year I was juggling three major projects for a company that had contracted me and all I needed to get these things done was one assistant to help me with the busy work aspects.

That's the way that I've worked for years and it's not going to work anymore.  I haven't had my ADD meds in over a year, I work a more stressful job than I'm used to, I'm going to school full time, and I need to change my methods of development or I'm just going to burn up with everything going on around me at once.

When I look at the code for either the console or the enemy AI, neither looks like they add up to the amount of time I've been working on either, and that's just not good for either progress's sake or my motivation to continue putting in my spare time on this. 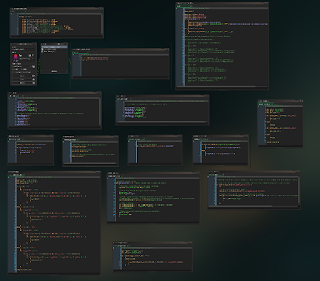 For somebody with no programming experience, that may look somewhat impressive.  For me looking at weeks worth of work, that looks like amateur hour.  Especially when the current result can be summed up as this:

If I were working on this two years ago, the enemy would be attacking and no longer use placeholder graphics by this point in development.  He would probably even have multiple variations completed.

For reference, in roughly the same amount of time (give or take two weeks) I had created a far more sophisticated AI system for See No Evil.

As Gabe has previously pointed out, everything that we do takes time and the the more conservative estimates for development time for a one-man-devteam has me looking at putting years into this project to come up with something good.  This kind of thing can be really crippling to my motivation, and I'm going to need a lot of motivation to finish a commercial quality game.

This is just another reason why I need to move toward a more focused, one-goal-at-a-time approach to development.  The more accomplishments I have, the more I am driven toward completing the project.

So, as I've mentioned, I have ADD that I haven't been medicated for for at least a year.  Now, when some people talk about having ADD, they're making some quip about how they don't pay attention to things that don't interest them.

That isn't ADD- that's just being facetious and frankly a bit insolent.

I have legit ADD, and to save time describing what that's like, let's just say that my mind can occasionally wander from topic to topic so fast that it prevents me from forming short term memories and can happen so rapidly for so long that I might as well be having a 20 minute blackout where my mind just gets carried away but I can't commit any of what I was thinking about to memory.
On top of this, I have slight obsessive compulsion, which means that my ADD mind can suddenly change topics to a new idea and then I'm stuck absolutely obsessed with pursuing it.

The ultimate result is that I get scattered very easily.  Over this week and last, I wrote 4 different Game Design Documents for games that I don't have time to develop- some of these being tens of pages long.

But this is probably one of the least damaging of my unhealthy behaviors so far for one reason- they're giving me indirect passion and motivation to want to finish my current game more quickly.

I've decided to actually do something about my reckless development in the form of a task list, and the three I've got in front of me right now are as follows:

1. Finish a single enemy's AI
2. Finish the developer console in a way that can be distributed through this blog
3. Create the player's means for combat

Hopefully, in two weeks I'll have at least the first one rounded off to report here!

Gabe's Comment: First of all, Williams ADD is very real. I've known him for years and seen him both on and off his meds, the difference is drastic. That said, I have been skeptical of his wondering eye for a long time. I think your side project planning could potentially be a much larger detriment to development than your taking into account.

Side projects are the bane of game development. As I've commented before, an artist's imagination is rosy and inaccurate. Ideas are birthed from potential, a concept that is exciting. However, like most things in life, the actual hard grunt work is not as wonderful as the lovely fantasizing. 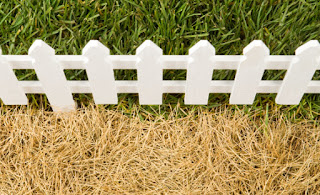 Whenever I start thinking of new exciting ideas, I actively work to stop myself. If I where to write GDDs for every game concept that came into my head, I would not only have no time to work on my current project, but I would start to despise it. All of the ideas are either without or have few flaws when in theory. In practice, I know they would all be as much of a trudge as my current project or any other project I've worked on.

When these ideas pop into my head, I deliberately redirect my thinking to the things that excite me about my current game. It's tough, often I don't want to do it. But, I am always thankful I did, and more often than not, its not long before I'm itching to work on my game again. This mentality, when acted on often enough, becomes habit, a habit of loving the thing you're working on right now.

What helps you to make progress in your projects?  Can splitting your focus be productive?  Let us know below!