Adventures in Self Rediscovery

Creating things all the time means that you have all the time's worth of creations.  It's hard to keep up, especially if you're a disorganized slob like me.  It's hard to remember what you created back in 7th grade, not to mention the specifics of what little you can remember.


Over the last week, however, my parents gave me some spindles of CDs I had burned while making stuff on the family computers.  See, back when I was in middle school and high school flash storage was still really new.  Uploading files to the internet was also extremely clunky, with most people abusing Rapidshare or Megaupload for whatever they had to upload- but were then still limited to a maximum of a couple hundred megabytes.

In a true act of inefficiency, however, I used CD-Rs to transfer projects, resources, and countless pieces of garbage between computers.  Dozens of them.  Spindles full.  So I figured it was time to take a trip down memory lane.

One of my oldest complete games that I came across was "Dungeon Master."  Yeah, it's not a terribly creative title given that something like 8 different games are also called Dungeon Master.  I remember being extremely proud of this game when it was finished, though.  So how well does it hold up today? 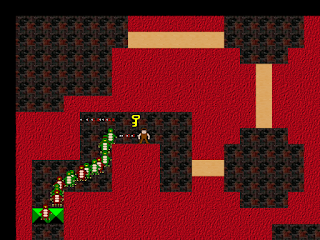 Yeah, not super great.  The player moves with the arrows or numpad and fires arrows with the space bar in whatever direction they were facing.  The player moves crazy fast- faster than they fire arrows.  Because of that, you can't rush into a room firing at enemies or you'll outrun your arrows and get killed by a monster.  You have to lure monsters toward choke points and button mash the space bar, acting like a stationery machine gun to thin the herd.  Also, don't get me started on that first boss: a mind-numbing standoff against a stationery skull turret whose bullets and your arrows cancel each other out.  What you don't see is that you repeat that fight at least 5 more times in the game.  In one of the rematches you have to take out two of them while the respawning zombies lumber toward you.  It's really, really bad.

That's only about half of the game before I decided to stop recording.  The final two areas of the game are unplayable after a glitch prevents a key from spawning after fighting two of those terrible skull-turret bosses.  Because of this, I'm not really keen on uploading the game to play.  If there were a project file, however, I could have fixed this and uploaded anyway- which is what I've done with a couple of my other old creations, like...

The first Megaman Rover Attack was plagued with horrible controls and design that stemmed from my limited knowledge of programming.  The player could only move in one direction at a time, which meant that horizontal movement canceled out vertical movement and vice versa.  Each level was one small screen and the enemies were all extremely basic.  Bosses also do little more than bounce up and down while spamming projectiles like crazy.

The second Megaman Rover Attack game took huge strides forward in its design and execution.  The controls were way more smooth, which allowed for far fancier maneuvering.  The player could also touch a wall without exploding, which was great.  I also included a clip of one of the more interesting enemies: a scorpion robot whose projectile temporarily blinds the player (for some reason this didn't come across in the gif- it turns the screen a flat green and fades slowly off).  The bosses are also a bit more varied this time around, though one is little more than a glorified turret.

Megaman Rover Attack 3 was where I had realized that the formula was perfected in the second game, so I was free to experiment and have fun.  The enemy design is way more creative this time around.  Unfortunately, the game is also much shorter.  There's also a fun thing that I had done with the player's attack: now you fire a bullet both when you press the space bar, and when you release.  Spamming the space bar now creates an absolute onslaught of bullets which are actually kinda satisfying.  The bosses are also pretty nuts now, especially compared to the previous games.

These games are actually pretty fun to revisit compared to Dungeon Master and are fully functional.  If you want to give them a try, you can download all three of the games for PC here (though they are still old games that I made in Game Maker 6 over a decade ago, so don't hold me responsible if they crash or occasionally cause the computer to freeze).

This one is going to be a lot harder to explain. 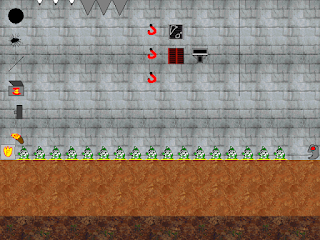 I suppose you could call this one a "toybox" game.  Apparently, in middle school I was really upset with the character of Bubbleman from Megaman 2.  So I made an entire game around spawning a room full of Bubblemen with the space bar and then killing them in several creative ways.  It started with picking him up and dropping him at a height where he goes squish, but then I just started adding more ways to kill him.  Eventually, the in-game room got cluttered with tools of death so I decided to make multiple rooms that you access by pressing different letters on the keyboard.

By the time I had finished version 9.0, there were over 370 different ways to kill Bubbleman. There were rooms themed after Half-Life, Half-Life 2, and Starcraft.  There was a room where you had to set up chain reactions for more creative kills.  There was just... SO much stuff.

Unfortunately, what I have here is version 3.0.  This is lacking a lot of the more advanced areas of the far expanded 9.0 version.  But it still contains a lot of creative ways to kill him.  But hey, if you'd like to try this out you can click here to download Bubbleman Land 3.0 (again, made 10 years ago with Game Maker 6, so expect some occasional issues).

I don't have a whole lot to say about this one.  It's... really strange.  I'm fairly certain that I made this in an hour or two.

That's the game.  You hold down the mouse button to shoot and you point at an onslaught of monsters to thin the herd.  If any of them reach the bottom you lose.

You'll notice that it looks terrible.  Don't worry, though; I apparently recreated it and it was almost exactly the same.

I have another similar one called Robot Car Chase, but you can't hold the cursor to fire the gun.  You have to aim and shoot.

There's a handful of really strange stuff in here.  I've made over 4,000 games since the fourth grade, and a lot of them are weird shit like "Super Dancer Kombat":

Some of them aren't even games.  They're just odd accumulations of resources that I can't really explain.

There's also some projects that were comprised of mostly obsolete functions that I can't run without mostly reprogramming (which I really don't have the time to do) so all I can do is look at what's there and scratch my head in confusion.

Hopefully I'll eventually find some of my favorite old projects, like Haunt Hunter or Megaman Rover Attack 4 so I can release them for everybody to play.  In the meantime, I'm just digging through weird stuff like this.

So, those are a bunch of my learning experience projects from growing up.  To be honest, I really expected that I would never see these again.

There are a couple games that I already had handy, however, which I made in the last 5 years and both are fairly playable today despite each only having a couple weeks of work put into them combined.

And don't forget that Gabe and I made a full game for commercial release called See No Evil which is available for purchase on the Steam store:
Click here to purchase See No Evil on PC.

I will certainly continue releasing the more playable old games I find over time, and if I have the project files I'll certainly recompile them for modern computers with some playability updates.

But now, I need to get back to working on my current project.  Hopefully in two weeks I'll have some fully animated characters to show off!

Gabe's Comment: William has been creating non-stop since I met him 8 or so years ago. Like to an annoying degree. On all the projects we have worked on together, I have had moments of frustration with his endless creating. Deadlines, and goals would be missed in the midst of posts, tweeting and even messages from him with the random shit he created. 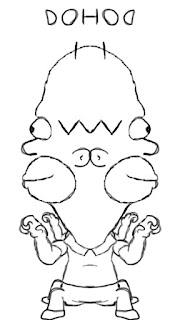 Yeah like, what the hell man
Even when we weren't working on a project together, I would see this unfocused flood of art and creativity pouring out of him. I can't count how many times I've said, you could make such a profit if you just focused on a marketable product.

It was really only within the last few years that I understood what was really going on. This is how he focuses, this is how he profits. It's not about money and it has never been a distraction. William creates, the way that normal people twiddle their thumbs. His fidgeting is artistic, making weird shit is the way he exhales. 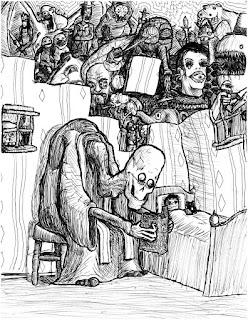 Most importantly, he saves it. He's never ashamed to show a piece, no matter how unpolished or weird. I have been making games for almost as long as him, but could never make a post like this. I've been deleting my unpolished and weird work since I was kid. It wasn't marketable, it wasn't cool enough, it wasn't worth showing. Now I wish so badly I had saved every last piece. This stuff is how you stay motivated. Looking back on your old work is like looking through a scrapbook, remembering all the silly stuff you did, with a big stupid grin on your face.

Do you have old projects that you look back on fondly, in confusion, or regret?  Let us know below!