Thoughts on Story in Open Worlds 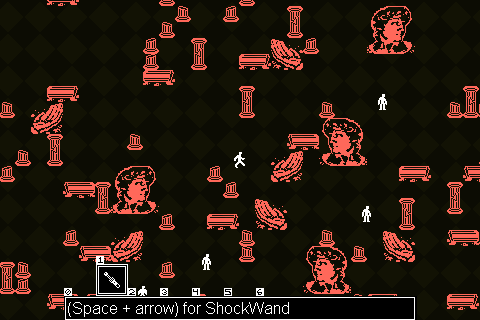 My game lets you travel across infinite infinitely expanding worlds, encouraging you to dump each one without looking back as you proceed into the next one.

Making a game that's open world is a mess.  A lot of conventional game design flies out of the window when you can't force the player down a certain physical pathway or even multiple pathways- there are no physical pathways! 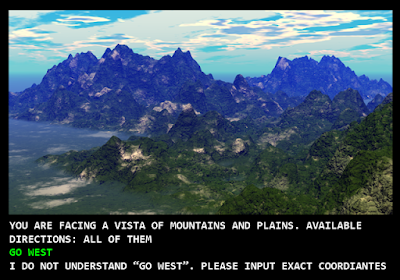 This is fine if your game is a playground, but if you're trying to make an open world experience with a worthwhile story to boot then you have to get pretty creative and layer the way that the player experiences story.

The first layer of experiencing story is generally the same across the board: you are experiencing a certain perspective of events as they happen.  This is true in video games, movies, television shows, narrative music, poetry, novels, even paintings.  You're experiencing things either as a character or an impartial, disembodied narrator, and both of them are framing your perception of the world.  The benefit of a video game is that the character whose frame you see the world through can be moved around, allowing the audience more control over the perspective of the fiction.

To summarize: the Foundation layer of storytelling is the character that the audience will be using as a vehicle to experience the story.  In narrative where the audience is seeing through the lens of an active participant of the story (which is the case in most videogames), the motivations and personality of the character are very important (foundational even, haha) to establishing the experience.

To this end, my game could be considered lacking in one aspect as I've gone with the blank-slate approach to character design, in that the character of the player lacks any obvious personality.  In everything including their appearance, the player character is a blank slate.

I think the major thing that people don't realize about blank slate protagonists, though, is that just because they are a vessel for the player doesn't mean that they don't have personality of their own.  The layers of the story beyond the foundation ultimately paint their characters for their abilities, their fortitude, and their motivation, however simple that may be.  Gordon Freeman, for example (given that he's one of the most popular examples of a blank slate video game protagonist) is clearly motivated to survive, is an able combatant despite being a scientist, and is extremely intelligent given his position as a theoretical physicist.  Similarly, you'll learn a lot about this character from experiences you play through.

This is, for the overall experience, the most important part of this particular game in my opinion.  The worlds and the ancillary characters within are what make the game fun and encourage not just exploration, but wandering.  One of my biggest goals is to make aimless wandering a rewarding experience, and to that end the game is full of really wacky and really fucked up imagery. 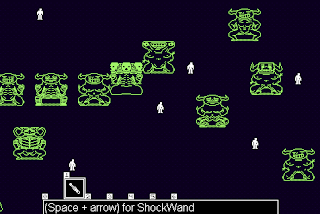 Also, many baffling NPCs that you can have baffling interactions with.

But beyond that there's actual lore to the infinite multiverse that I'm creating that has consequences for the story.  Some of the lore is there for people who are interested, but some of it is essential in developing the rules for making progress in the story: the way that universes relate to one another, where they come from, different types of universes, and what invading a universe implies are all very major parts of the stories told in this game.

They also will have a huge part in informing the audience of the player's place within the multiverse, as well as what role they play.

For a game as complex as this one is going to get, there's got to be some level of force-fed information that the player can't avoid.  In my game, that will be how the first act of the main story thread comes into play. 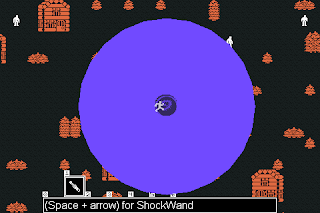 Because the game is mostly about wandering about, and the only form of progress the player can make to begin with is by jumping into a series of portals, how many portals the player has entered since their last time visiting "the void" will be an indicator of progress, similar to proceeding through a rogue-lite.  While the player will get their first dose of the main story thread in the introductory level of the game (a typical location for force-fed knowledge in games), they will continue to be confronted with information and new abilities that they need to proceed at certain milestones until they are equipped to be set on a course where they can reliably find story points on their own.

Imagine that it's like The Bind of Isaac, except after you have gotten to a certain point in the levels the game opens up to a giant open world but you've been prepared to find out how to find where you need to go next.  It's kind of like that, but crazier in all directions.

The layer that will be most commonly incorporated in my game will the breadcrumb approach to guiding the player to plot points.  This is, I think, the most common way that quests are handled in most open world RPG games, especially the Elder Scrolls and Fallout games. 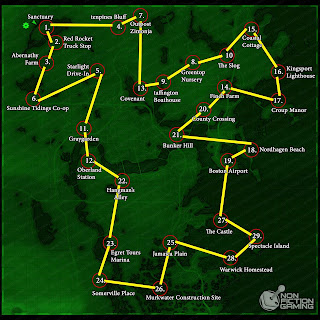 This is what the main quest will become once the game is done dropping unavoidable progress on you.  Essentially, it just means that you have the infinite world to explore, but by following a treasure map of quest destinations you can proceed through your campaign and make progress.

Since the map of this game isn't hard set and you'll often be trashing entire world maps as you proceed, the game will need to take a bit more of an abstract approach to quest destinations.  More on how those will work in a later update...

Layer 5: The hidden, the meta, and the random

The rest of what the game will offer in terms of story will come packaged in secrets, optional sources of information, and random events.  Some of these styles of event progression will mirror typical side quest structure the way they manifest in any RPG.  Some of the information will be provided through the context of the environments, character dialogue, and readable texts.  Some of the information and quests will be accessible completely at random (though, as far as content is concerned, mostly unimportant spectacles will be accessed through random events to prevent crucial content from being gated by arbitrary chance).

The goal with this layer of information and story telling is twofold: the first is to create a diverse breadth of context to the environment that helps it to live independently from the player, making for a more immersive and believable game world.  The second is to create intrigue in the world- that feeling that there's something more to dig into and explore.  The kind of thing that fuels speculation, investigation, and conjecture about the meaning of game content.  This is a great feeling as a player, and though it can sometimes be like catching lightning in a bottle sometimes, and other times it can make a game world feel more convoluted than intriguing and deep, but the risk is definitely worth the reward if I can pull this off. 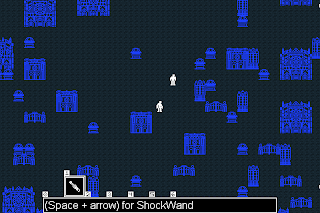 Not only could the outcome result in increased intrigue, but the story telling possibilities will be blown wide open for me to go crazy, and that's something I'm really excited for.

Ultimately, my approach to story design is fueled by my attempts to create a model that is comfortable and fun for the player while allowing me to throw stupid amounts of fun story telling into the final product.  The more I can cram into this game, the better, and creating many story opportunities will be crucial for keeping players invested in such a vast multiverse.

Gabe's Comment:  Absolutely nothing to critique about the theory here. However, I think there are some interesting challenges that will be presented in visual story telling.

William's project is big and he only has so much time to work on it. The fact of the matter is that every project has a deadline and every project has a budget. Maybe you don't have a publisher breathing down your neck, maybe you don't have any concern for when the game will be finished. However, interest is a finite resource. Huge projects can take many years to be completed. As an artist, the ability to retain interest in a project can only last so long. This isn't even considering an ROI.

All of that said, William's ability to compress intricate information is baffling. The personality of this story is perpetuated and nuanced by its interesting visuals. Minimalist art is a great start: something low effort that also aims to be grabbing and unique. This is a compounding quality. Now pieces made of a handful of pixels can randomly organize themselves with other small chunks to create beautifully unique NPCs, streets signs, giant eggs and more! This method of minimalist random generation allows a single individual to actually accomplish what William has set out to do.